This site features my published reflections about real life events and people, primarily drawn from my personal journals. As psychologist Carl Rogers reminded us, “The most private, personal feelings are often those which, if shared, would speak to others most directly.” It’s why we tell them, write them, and read them.

In all things, there are lessons if we are but willing to seek and be open. Thanks for seeking out this site. -PAN 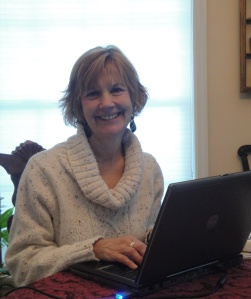 Patricia A. Nugent is the author of three books that give voice to those who might otherwise be silenced. They Live On: Saying Goodbye to Mom and Dad chronicles her parents’ end-of-life journeys. As editor of Before They Were Our Mothers: Voices of Women Born Before Rosie Starting Riveting, she gives voice to other women’s ancestors. And in Healing with Dolly Lama: Finding God in Dog, she gives voice to an unwanted dog who became her muse for personal transformation.

She’s been published numerous times in trade and literary journals, and her essays and poems are featured in four anthologies. Her historic yet humorous play about the early suffragists, The Stone that Started the Ripple, sells out all performances and received a stellar arts review. She periodically blogs for Ms. Magazine and Vox Populi.

Born in Rochester, New York, she attended the State University of New York at Oswego and received a master’s degree from the State University of New York at Albany. In addition, she has a graduate degree in Communication and Rhetoric from Rensselaer Polytechnic Institute, where she presented papers at national conferences and received literary awards (including one bestowed by Susan Sontag) for her creative nonfiction essays. She was a teacher and administrator for over 30 years and an adjunct professor at three universities. At the Clinton Global Initiative, she facilitated world leaders and celebrities on topics of international concern. She currently teaches courses in creative nonfiction, journaling, spirituality, and wellness. She may be contacted at journalartspress@gmail.com.